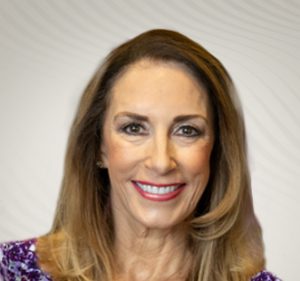 Lynne Brick, B.S.N, M.A., co-founded the John W. Brick Mental Health Foundation and is also an owner of Brick Bodies Fitness Services, Inc., which owns and operates a chain of Brick Bodies co-ed and Lynne Brick’s women-only health clubs in the Greater Baltimore area. She is the 2004 Ernst and Young Maryland Entrepreneur of the Year and 1990 IDEA (The Association for Fitness Professionals) Instructor of the Year. In 2008 Lynne was the first woman inducted into the Baltimore County Chamber of Commerce Business Hall of Fame.

Lynne is co-founder with her husband, Victor, and president of Planet Fitness Growth Partners, LLC (PFGP), which owns and operates Planet Fitness health clubs throughout Maryland, Washington, DC, Tennessee, Washington state, California, Florida and Australia. She serves on the Technology and Digital Solutions Committee and the Fitness Content Committee for the Planet Fitness Independent Franchisee Council. She previously served on the Franchisee Advisory Council (FAC) from 2015-2018 and chaired the PE@PF committee.

In 2013, PFGP was named the inaugural Planet Fitness Franchisee of the Year. In 2013 and 2014, PFGP was named the Developer of the Year for opening 30 clubs in less than three years. PFGP received the Highest Brand Excellence Review award in 2013. In 2015, PFGP opened the 1000th club for the Planet Fitness organization in Ivy City, Washington, DC. In 2016, PFGP was awarded the inaugural JFZ (Judgement Free Zone) award.

Lynne has been in the fitness industry since 1985 when she and her husband founded Brick Bodies, which still operates several full-service, high-end health clubs in the Greater Baltimore area. Prior to her career in fitness, she practiced nursing for seven years at the Maryland Shock Trauma Center, the first shock trauma unit in the world.

Lynne is an internationally acclaimed fitness expert and is considered one of the leading group exercise instructors in the world, earning the 1990 IDEA (The Association for Fitness Professionals) International Instructor of the Year and 1994 BodyLife International Presenter of the Year. She has been featured in over a dozen exercise videos including the highly acclaimed Buns of Steel series. She is the author of Fitness Aerobics, published by Human Kinetics and a contributing author for Fitness Theory & Practice, a comprehensive resource for fitness instruction published by the Aerobics and Fitness Association of America. Additionally, Lynne was the technical advisor for BodyVive™, a group exercise program distributed by Les Mills International.

In 2004 Lynne was recognized as the Ernst and Young Maryland Entrepreneur of the Year. In 2008 Lynne was the first woman to be inducted into the Baltimore County Chamber of Commerce Business Hall of Fame. In 2004 Lynne was inducted into the Daily Record Circle of Excellence as a 3-time recipient of Maryland’s Top 100 Women award. In 2011 Lynne was recognized by the American Red Cross as a Hometown Hero Honoree for her ongoing support & effort in the community. In 2014 Lynne and Victor were both designated as two of the Top 50 Influential Marylanders by the Daily Record.

Formerly a member of IHRSA’s Board of Directors from 2006-2010, Lynne has also served on numerous other boards such as the American Heart Association, Cystic Fibrosis Foundation, the Board of Visitors for the University of Maryland School of Nursing as well as the Baltimore County Chamber of Commerce. As of 2018, Lynne sits on the First 1000 Days Global Wellness Institute’s Key Initiative Committee.

Lynne is a very active philanthropist. She is a member of the Board of Advisors for the Johns Hopkins Department of Psychiatry and Behavioral Science. In 2015 Lynne and Victor founded the John W Brick Mental Health Foundation. The mission of the JWB Foundation is to change the way the world treats mental health. They do this by funding and promoting research and programs that promote healthy lifestyle choices as part of the mental health care delivery system.

Lynne continues to speak regularly to women’s groups, businesses, schools, hospitals, civic groups, universities and nonprofit organizations about the benefits of a healthy active lifestyle. Additionally, in keeping with her philosophy of ‘Kaizen’; constant, never-ending improvement, Lynne completed her master’s degree in Health and Wellness Coaching with Nutrition from the Maryland University of Integrative Health in 2016.

Lynne and Victor have been married for 42 years. They have two adult children, Vicki Brick Zupancic, who is the CEO of the Brick Bodies, and Jon, who works in the tech industry in San Francisco, and a new baby granddaughter, Jordan.