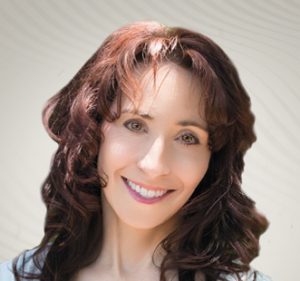 Elissa Epel, Ph.D, is a Professor and Vice Chair of Adult Psychology in the Department of Psychiatry at University of California, San Francisco. She studies mind-body mechanisms of healthy aging to prevent the co-morbidity of stress, depression and accelerated biological aging. She is the Director of the Aging, Metabolism and Emotions Center (www.amecenter.ucsf.edu), a member of the National Academy of Medicine and current President of the Academy of Behavioral Medicine Research

Dr. Epel is currently the Co-Chair of the Mind and Life Institute Steering Council. She studies psychological, social and behavioral processes related to chronic psychological stress that accelerate biological aging, with a focus on overeating and metabolism, and the telomere/telomerase maintenance system. She has focused on women’s mental and physical health and their interconnections. She and her colleagues develop and test interventions that combine behavioral, psychological and mindfulness training. Currently, she is testing short-term interventions to improve stress resilience and physiological homeostatic capacity to slow aging. She co-leads studies funded by NIA, NCCIH, NIMH, and NHLBI, including a national Stress Network, and a multicampus consortium on obesity funded by University of California Office of the President (COAST and SSEW–Stress, Sugar, Environment & Weight, coastcenter.ucsf.edu). She has been involved in National Institute of Aging initiatives on the role of stressn in aging, the reversibility of early life adversity, and Science of Behavior Change.

Dr. Epel studied psychology and psychobiology at Stanford University, and clinical and health psychology at Yale University. She completed a clinical internship at the Palo Alto Veterans Healthcare System and an NIMH postdoctoral fellowship at UC, San Francisco. Dr. Epel has received several awards including the APA Early Career Award, Academy of Behavioral Medicine Research Neal Miller Young Investigator Award, and the 2017 Silver Innovator Award from the Alliance for Aging Research. Dr. Epel has co-written a book for the public with Elizabeth Blackburn, The Telomere Effect (2017), a NYT bestseller.

Her work has been featured in venues such as TEDMED, NBC’s Today Show, CBS’s Morning Show, 60 minutes, National Public Radio, New York Times, Wall Street Journal, Wisdom 2.0, Health 2.0, and in many science documentaries. In addition to conducting research, she enjoys leading meditation retreats with her colleagues.